Spotting during ovulation: Normal or cause for concern? 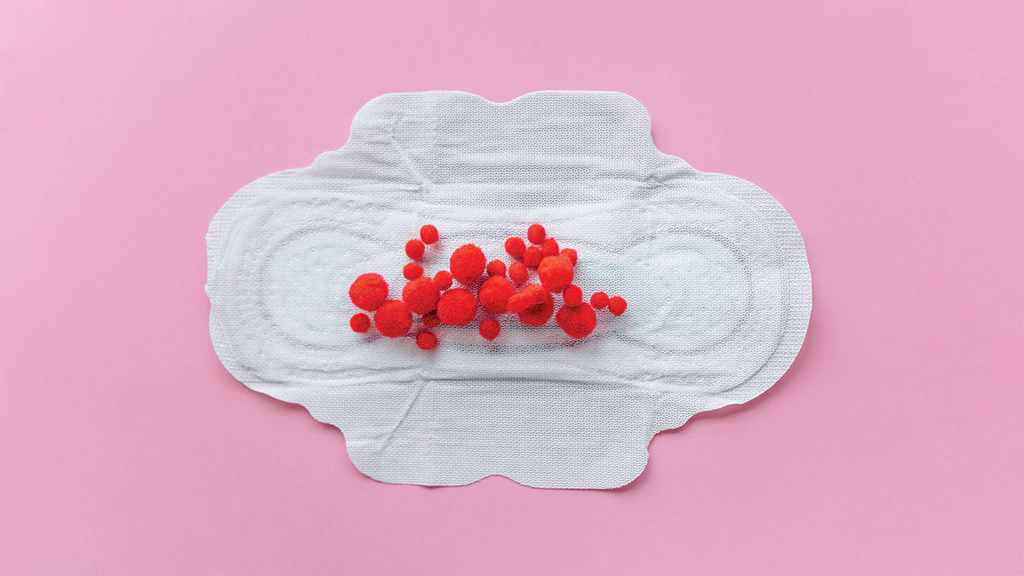 What is ovulation spotting?

Ovulation spotting is light vaginal bleeding that occurs around the time of ovulation, which is the time of the month when the woman’s ovary releases a mature egg.

Some women experience ovulation spotting with each menstrual cycle, whereas others rarely or never encounter this event. In one study of over 200 regularly menstruating premenopausal women, about 5% of women experienced spotting between periods.

How to recognize ovulation spotting

Spotting is usually characterized by light bleeding that takes place between menstrual cycles, and can occur before, during, or after ovulation.

The flow of menstrual blood, which is greater than that of spotting, will typically give off a dark red color. In contrast, blood flow during spotting is relatively slower, resulting in an appearance ranging from light pink blood to dark brown discharge during ovulation.

Furthermore, ovulation bleeding usually lasts for one or two days. This is in contrast to the length of your menstrual period which will typically last for four to seven days.

Is spotting during ovulation normal?

Light spotting during ovulation is normal for some women.

To determine whether ovulation bleeding is normal in your case, you should pay attention to when spotting occurs, its frequency as well as blood color, and whether there are any accompanying symptoms.

If bleeding is light, occurs infrequently, takes place mid-cycle, has a color in the shade of light pink to dark brown, and is not accompanied by additional symptoms, then chances are that your ovulation spotting is normal.

Why am I spotting during ovulation?

The main cause of ovulation spotting is due to changes in hormone levels.

Specifically, just before a mature egg is released during ovulation, there is a sharp drop in estrogen levels that may lead to shedding of the uterine lining and result in light spotting during ovulation.

Is there another reason for ovulation bleeding?

Aside from hormonal fluctuations that can lead to ovulation bleeding, there are several reasons you might see spotting outside of your period.

You might experience a little bleeding if you have sexual intercourse that’s rougher than usual or in a way that damages the lining of the vagina. Sexual intercourse that lacks vaginal lubrication, particularly during penetrative sex, could also result in light bleeding.

Spotting that occurs 10 to 14 days after conception, when a fertilized egg implants in the uterus, is called implantation bleeding. This is considered one of the earlier signs of pregnancy and is experienced by around a third of pregnant women. Typically implantation spotting lasts between a few hours to three days.

Spotting can result from an infection in your vagina or cervix. Sexually transmitted infections (STIs) such as chlamydia or gonorrhea can also cause bleeding. If left untreated, these STIs can lead to more serious conditions like pelvic inflammatory disease (PID) which can also contribute to irregular bleeding.

Spotting is commonly seen when you either start using certain birth control pills, particularly in the first three months, or when you forget to take them. It’s also not unusual for women who have inserted an intrauterine device (IUD) to experience spotting.

What can I do to stop spotting during ovulation?

If you want to know how to stop spotting during ovulation or reduce bleeding outside of menstruation, the first step you should take is to determine its cause.

Spotting can mean different things depending on when it occurs in your menstrual cycle and what other symptoms are occurring at the time, so it’s important to consult a physician about your specific case.

Your doctor will ask you questions about your menstrual cycle patterns, including frequency, amount, appearance, color, and duration of bleeding.

Depending on what other types of symptoms you might have, your health provider may then give you a physical exam.

Based on your test results, if necessary, your doctor can provide you with a plan to stop ovulation bleeding, which might involve changing medications, correcting thyroid problems, treating STIs, adjusting or removing an IUD, further screening for cancers, surgery, or simply advising lifestyle modifications.

This is why it’s important to consistently track your ovulation and menstrual cycle patterns, so that you can accurately recall details about your reproductive health in the event you need to see a doctor.

Tracking with Eveline (iOS, android) will give you easy access to your reproductive health records whenever you need. With the Eveline ovulation predictor kit (OPK), you can track your ovulation and spotting patterns to then share with your healthcare provider.

If you join our telehealth service, Eveline·Care, the information you record in the Eveline app will be instantly shared with one of the fertility specialists in our network so that you can receive customized fertility advice from the comfort of your own home.

To help the doctor develop a treatment plan for you to stop spotting during ovulation, remember to record health information such as: what day spotting first occurred in your menstrual cycle, blood color, bleeding amount, duration of bleeding, blood consistency, any medications you were on at the time, and any other symptoms you think might be relevant.

When is spotting between periods a cause for concern?

For many women, light spotting during ovulation is normal.

However, spotting that becomes irregular or unpredictable can be a sign of underlying health issues or something more serious.

If you start to see heavy bleeding during ovulation or prolonged spotting between periods, or if your spotting is accompanied with additional symptoms like heavy cramping or pain, you should consult a doctor to determine if your spotting is normal or warrants treatment.