How to have a baby boy or baby girl – Does gender selection really work? 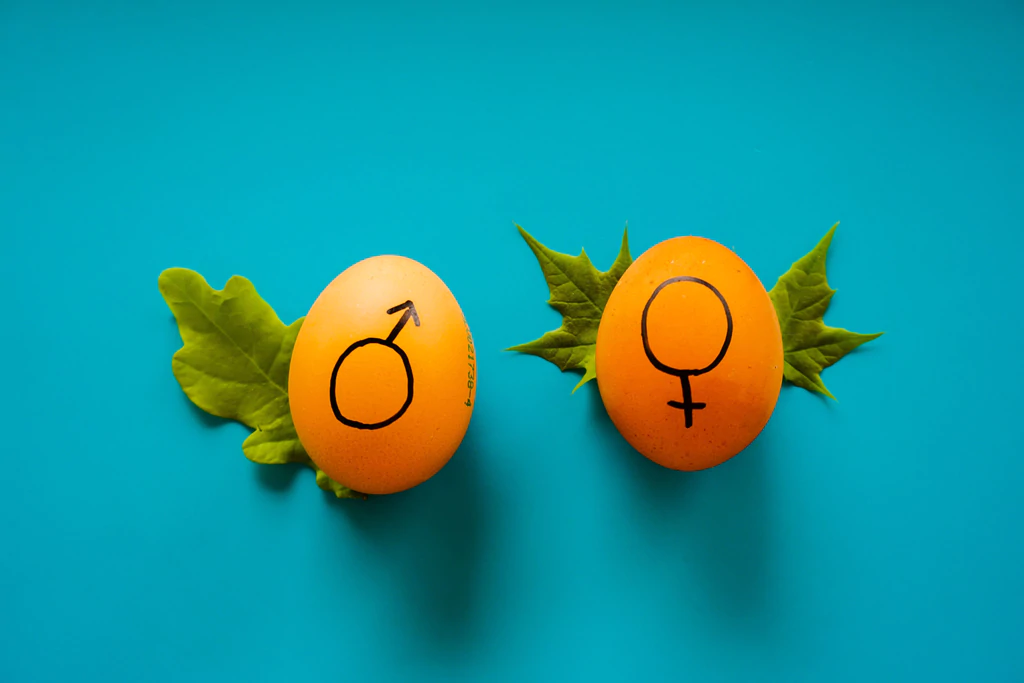 Choosing the sex of your child
Aspiring parents have many options today for choosing the sex of their baby, with methods ranging from natural to high-tech. While many couples have no desire to tamper with their baby’s sex, there are a number of reasons why others might consider doing so.

The primary reason for gender selection (also called sex selection) tends to be for family balancing, where couples might already have one or more children of a certain sex and are hoping for their next child to be of the opposite sex.

The reason could also be purely medically driven, such as not wanting certain sex-linked diseases to be passed down to a child of a certain sex.

In other instances, the cause may be culturally rooted, where some couples face pressure to produce offspring of a specific gender.

Gender selection with the help of science

If you’re looking for scientifically backed methods to sway the outcome of your baby’s sex, you have two main options: sperm sorting and pre-implantation genetic diagnosis.

These high-tech sex selection methods have relatively high to nearly guaranteed accuracy for choosing the sex of your baby.

Sperm sorting
The sperm sorting technique takes a semen sample and sorts the sperm based on whether they contain an X or Y chromosome.

Sperm sorting is widely used as a sex selection method and is quite effective.

For example, the MicroSort technique has been shown to have 91% and 73% success rates for couples wanting to have baby girls and baby boys, respectively. (Note: MicroSort is not performed in the US.)

Gender selection costs vary widely for sperm sorting procedures, but on average, range from $1,300 to over $3,000 per cycle.

Pre-implantation genetic diagnosis (PGD)
PGD is used in conjunction with IVF and typically performed for those with a family history of genetic disorders.

The process involves fertilizing an egg and a sperm in a lab, allowing an embryo to develop from this, then analyzing the chromosomes of the embryo around day 5 to identify any genetic defects and also reveal the sex of the embryo.

If the parents choose to continue with pregnancy at this point, the embryo is then implanted into the uterus.

PGD is the most effective gender selection method to date, boasting success rates of over 99%. However, the gender selection cost of PGD with IVF can be a deterrent to most couples, with amounts ranging from $12,000 to $18,000 or higher.

Trying for a baby girl or baby boy the natural way
Should you choose to go about gender selection the natural way, medical experts would like you to set realistic expectations.

They maintain that unlike high-tech sex selection methods, the probability of you having a girl or boy using natural methods will remain around 50-50.

If you are aware that many of the success stories behind these natural methods are largely anecdotal, but still want to try for a baby boy or baby girl naturally, there are several popular strategies you can try.

The most well-known natural sex selection strategy is the Shettles Method, developed in the 1960s by Landrum B. Shettles.

One of his most popular works, How to Choose the Sex of your Baby, outlined various techniques to help couples alter their odds of having a baby boy or girl. Advocates of the Shettles Method have claimed his techniques to be 75-90% effective.

Much of his advice on how to have a boy or girl is built on two central ideas:

1) male sperm are faster but more fragile than female sperm;

Based on the Shettles Method, since male sperm travel faster than female sperm, a couple trying for a baby boy should avoid sex from the beginning of the menstrual cycle until the day of ovulation, then have sex anytime on the day of ovulation and up to 2 to 3 days after.

The Whelan Method is almost the opposite of the Shettles Method with regard to intercourse timing.

What the Shettles and Whelan methods have in common is that they depend on knowing when ovulation is most likely to occur so that couples can time their intercourse precisely.

Ovulation trackers such as the Eveline Ovulation Predictor Kit can be helpful in these cases by predicting with high accuracy when you are going to ovulate.

Sexual position and orgasms
Going back to the Shettles Method, there are different sexual positions you can try depending on whether you want to have a baby girl or baby boy.

If you’re trying for a baby boy, Shettles advises that the best sexual position is deep penetrative sex with your partner.

The position proposed by Shettles is with vaginal penetration from behind, since deep penetration deposits sperm closer to the female’s cervix.

This area which is a more alkaline environment is more favorable for the male sperm which are fragile and don’t survive as well in acidic environments.

Shettles also suggests that couples have better chances of having a baby boy when the female orgasms before her male partner during intercourse.

When a woman orgasms during intercourse, the secretions that follow are alkaline, creating an environment that is easier for male sperm to work their magic. The uterine and vaginal contractions that occur from orgasm also help to move the sperm along.

On the other hand, if you’re wondering how to have a baby girl, you can tweak your sexual position to encourage shallow penetration during intercourse.

The position suggested by Shettles is face-to-face or missionary style sex, which deposits the sperm near the opening of the vagina where the environment is more acidic.

This acidic environment makes it more difficult for the more fragile male sperm to reach the egg, and in turn, more favorable for conception of a baby girl.

These foods include magnesium-rich foods such as whole grains and fish, calcium-rich foods like milk, eggs, and yogurt, and green leafy vegetables, corn, and blueberries.

Male sperm appear to prefer a more alkaline vaginal environment, so if you’re trying for a baby boy using a diet-based approach, try eating potassium-rich foods like bananas, salmon, avocados, and a diet high in sodium.

Research by the Universities of Exeter and Oxford focusing on first-time pregnant mothers in the UK also show a strong correlation between women eating breakfast cereals and having a baby boy.

Men’s underwear
Can the type of underwear a man wears ultimately determine his child’s sex?

Many hopeful parents-to-be have heard the theory that wearing boxer shorts which are more airy and less prone to increase scrotum temperature is better for producing a baby boy, whereas briefs which are tighter and warm the testicles favor the survival of more resilient female sperm.

While you are free to try these methods, keep in mind that there is no scientific evidence showing that men’s underwear type influences baby gender, only sperm count.

A study showed that men who wore boxers had a 25% higher sperm concentration and 17% higher total sperm count than those not wearing boxers.

So although the type of underwear a man wears may not influence the baby’s gender, it can increase your chances of conceiving a baby in general.

While natural gender selection methods such as the Shettles Method and Whelan Method have their fair share of supporters and fans claiming high success rates for these approaches, it is important to keep in mind that many success stories are mostly anecdotal and not scientifically proven.

Many medical experts share the opinion that although natural sex selection methods can be appealing in terms of being cheap to implement, your odds of having a baby boy or baby girl with these methods hover around 50-50.

Though costly, their success rates are high, with sperm sorting showing 73% success for baby boys and 91% for baby girls, and PGD with IVF having over 99% success.

We’re in this together!
Whichever way you’d like the outcome to be, baby boy or baby girl, each sex is equally lovely. If you need guidance in finding the perfect timing to conceive, Eveline is here to support you with our digital ovulation predictor kit (OPK). The Eveline digital OPK can pinpoint up to 7 fertile days per menstrual cycle so you never miss out on the best time to conceive!

Photo by Dainis Graveris on Unsplash 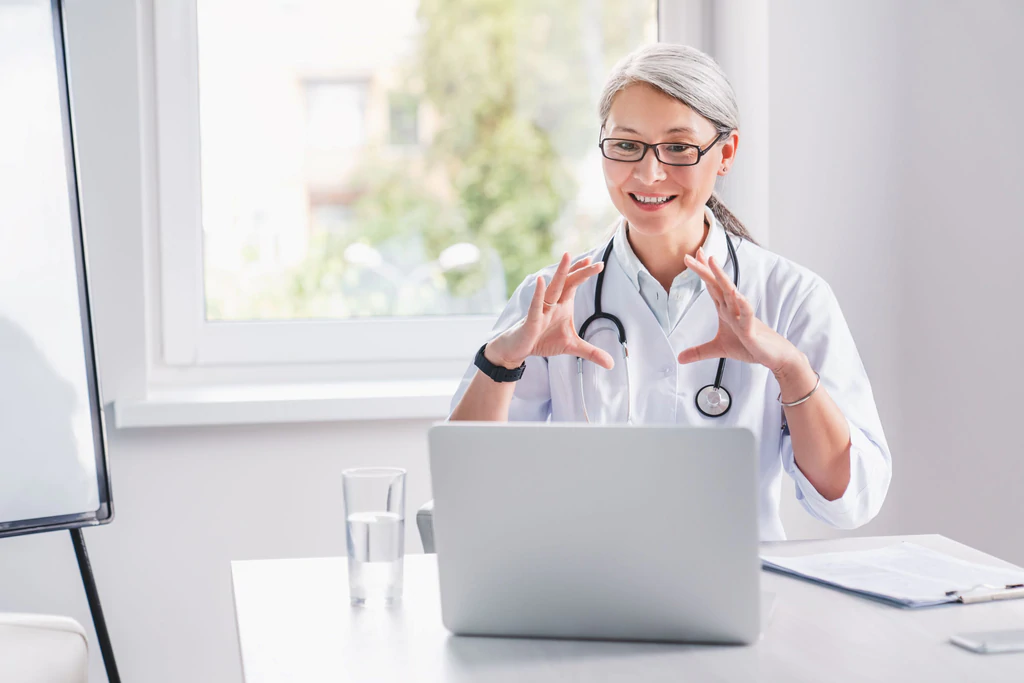